In lieu of a big one day Anniversary Party this year, we will be celebrating our 4th Anniversary all September long.

Highlights of the month-long celebration include: 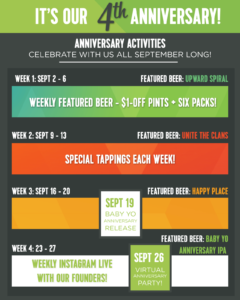 We will feature one of our original core beers each week as we lead up to the release of our 4th Anniversary Beer on September 19th.  The featured beers will be $1-off taps in the tap room and $1-off 6-packs Curbside (except for the Anniversary Beer).

Each week we will highlight the featured beer in an Instagram Live video with our founders.

Each week we will also tap some special beers. We kick things off week one with a new Experimental IPA and one of our limited barrel-aged variants, 2018 Haunted Maple. Both beers will be tapped Wednesday September 2nd.

We will also tap our Oktoberfest during week 1 with a special stein deal throughout Labor Day Weekend. We will tap Oktoberfest and open up curbside sales of Oktoberfest 6-packs and 12-packs Friday September 4. Friday-Monday (open Labor Day 12-5), if you buy a Third Space 1-liter stein ($12), your first fill of Oktoberfest is free ($24 value). *That’s not Oktoberfest in the stein pictured below* 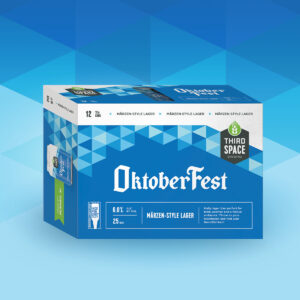 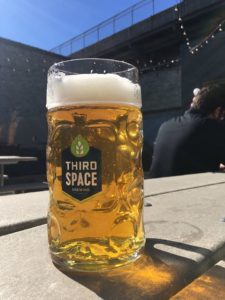 Baby Yo has notes of tropical fruit, pineapple, coconut, peach and tangerine. It’s 3.9% ABV and 28 IBUs. 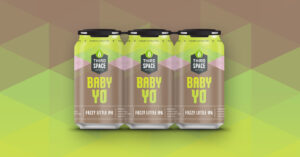 Baby Yo will be available in our tap room Saturday September 19th both on tap and in 6-packs and cases. We will also be selling a special 4th Anniversary Package for $20 that includes a six pack of Baby Yo, a pint of Baby Yo or a special limited variant our brew team is creating, and a new Third Space Willi Becher pint glass. The package will also include an invitation to our Virtual Anniversary Celebration on September 26th at 4pm. Reserve Your Anniversary Package Here

A limited amount of Baby Yo 6-packs will also be hitting store shelves and tap lines the last week of September. Keep an eye out. This one will go quickly. 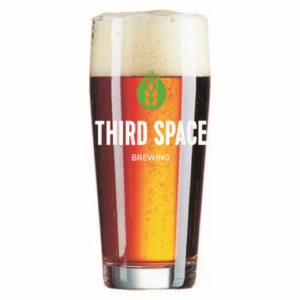 Those who purchase the Anniversary Package will also receive an invitation to our Virtual Anniversary Celebration on Zoom taking place Saturday September 26th at 4:00 p.m.

We will post the calendar of event and tappings at the start of each week. We hope to see you at Third Space in person or Curbside throughout the month of September as we celebrate 4 amazing years brewing craft beer in the Brew City!

All Articles Up Next: 2020 Wisconsin IPA Fest Goes Virtual
×