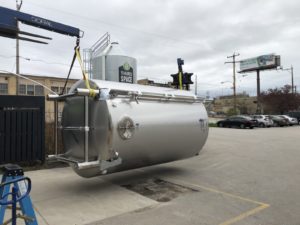 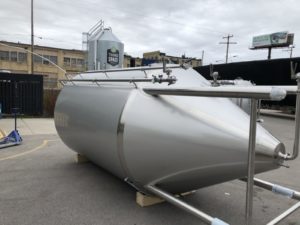 In March, the award-winning craft brewery was named one of the 50 fastest growing small and independent craft breweries of 2018. Third Space was ranked 34th on the nation-wide list compiled by the Brewers Association, a not-for-profit association dedicated to small and independent American brewers.  Third Space Brewing more than doubled production between 2017 and 2018 from 2,195 barrels to 5,300 barrels.  In 2019, the company has expanded into the Madison and Southwestern Wisconsin markets. 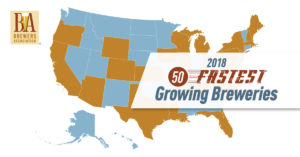 “With 2019 sales already well outpacing 2018’s numbers, we needed to move quickly to add additional capacity in order to meet the current demand for our beer as we approach the busy summer season” reported Andy Gehl, Third Space Brewing’s Co-Founder and Director of Sales and Marketing.

The brewery has room to expand further within its existing space as demand requires. “We built our original production plan with the ability to expand incrementally by adding to our cellar tanks like we did this week” pointed out Kevin Wright, Co-Founder and Brewmaster. “With our 30-barrel brew house and the cellar plans as we have designed them, we expect we can continue to add tanks to increase our capacity to at least 20,000 barrels per year if our growth trajectory continues” added Wright. Third Space also recently added 4,500 square feet of warehouse space a few doors down on St. Paul Avenue to create space for the additional brewing tanks. 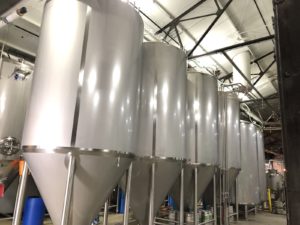 All Articles Up Next: Milwaukee Beer Week
×