The Milwaukee craft brewery will expand its distribution territory to include all of Western, Northwestern, Central, and Northern Wisconsin in 2021.

MILWAUKEE, Wisc. – March 22, 2021 – Despite disruptions associated with the pandemic, Third Space Brewing increased sales of its popular craft beers more than 23 percent in 2020 to 10,695 barrels—without setting foot in a large portion of Wisconsin. In 2021, the growing craft brewery will expand its distribution territory to include the remainder of Wisconsin, with expectations of selling over 14,000 barrels statewide. The territory expansion will bring Third Space Brewing to cities such as La Crosse, Eau Claire, Hudson, Superior, Steven’s Point, Wausau, Minocqua, and many others.

Since opening in September 2016, the Milwaukee-based craft brewery has grown its distribution footprint and its sales every year. “We have taken an organic approach to our growth, ensuring we can first meet the demand for our products in existing markets while allowing demand to sufficiently build in new territories before expanding further,” reported Third Space Brewing Co-Founder & President, Andy Gehl.

In 2018, Third Space Brewing was named one of the 50 Fastest Growing Craft Breweries in the United States by the Brewers Association, at the time selling 5,300 barrels of beer in just Southeastern Wisconsin. The brewery grew to 8,700 barrels in 2019 and then again in 2020 (to 10,695) despite the Covid-19 pandemic. 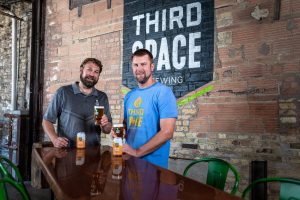 All three wholesalers are looking forward to bringing the Third Space brand statewide:

According to Benjamin Minkoff, Craft Beer Director for General Beverage, “over the last several years, we have recognized Third Space as one of the most exciting, innovative and growing craft brewers in the Wisconsin area. In 2020, we began distributing Third Space in the Northeast Wisconsin region and have seen outstanding initial success and adoption by beer drinkers in the area.  We are thrilled by the opportunity to expand our distribution and continue to represent such a strong brand.”

That same excitement was echoed by Beechwood Sales and Service Statewide Craft Sales Manager, Cliff Kaplan: “I can’t deny the excitement that both myself and our team felt with the news of an opportunity to expand our reach with this amazing brand. In just a few short years I have personally witnessed the rapid and meteoric growth of Third Space amidst a highly charged and competitive craft beer landscape.  The success we have collectively enjoyed is a tribute to their exceptional brewing, marketing, and a genuine understanding of our contemporary craft culture. 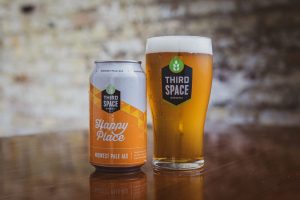 “Expansion is about more than just brewing and selling more barrels of beer each year,” added Co-Founder & Brewmaster, Kevin Wright. “We are also growing internally as a business, becoming more efficient, and making sure we are taking care of our growing staff who make this production brewery and tap room function at a high level.”

Third Space prides itself on brewing high-quality, flavorful, and supremely balanced craft beer in Milwaukee’s historic Menomonee River Valley. Co-founders Kevin Wright and Andy Gehl are long-time friends who have reunited in their hometown to create a craft brewery that welcomes everyone into the craft beer world – you have your home, you have your work, but everyone needs a Third Space.

They focus on quality in every step, from ingredients and brewing equipment, all the way to packaging and monitoring on-shelf times to ensure the absolute best product.

Third Space opened in September 2016 and has already won several awards. Third Space has won 4 Great American Beer Festival medals, was named Best New Brewer in Wisconsin by Rate Beer in 2017 and was voted Best Microbrewery in Milwaukee three years in a row in the Shepherd Express Best of Milwaukee competition (2017-2019). In 2018 Third Space was named one of the 50 fastest growing craft breweries in the country by the Brewers Association after growing 140% from the previous year. Third Space Brewing grew another 64% in 2019. 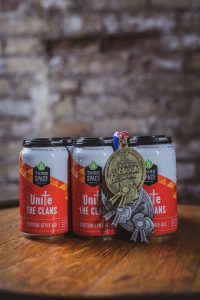 All Articles Up Next: Meet Deconstructed Dessert: A New Barrel-Aged Series for 2020-2021
×