We are excited to launch a new series of limited release cans at our Curbside Pickup. The Beers About Nothing Series is a chance for our brewers to play with fun styles that we might not otherwise brew as main releases at Third Space Brewing. It is also a great chance for our customers to try some delicious new brews!

Since late 2018, we have released beers in our Beers About Nothing Innovation Series on draft only in our taproom. We have brewed many fun and different styles, some of which were so popular that they have evolved into seasonal or year-round releases. Two recent examples are Frog Weiss Fruited Sour and Nordic Sunrise Kveik IPA (though this one was actually created as a hybrid of a few different Kveik releases we did last year).

We have chosen to put some of our most fun new ideas into cans for customers to take home. Look for each release in our Curbside Pickup online store here. 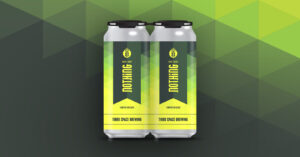 Our first release is Paloma Sour, a kettle sour brewed with grapefruit, lime peel, and Himalayan pink sea salt. It has a beautifully bright citrus/grapefruit aroma and a nice sour character from the use of a new souring brewers yeast. It is slightly more sour than a traditional kettle sour but the citrus and salt additions make it very refreshing.

We have a limited quantity of 4-packs available at our Curbside Pickup for $15 each. Click here to go to our store. Sales will open for the Paloma Sour Thursday May 28th at 5:15 p.m. You may start picking them up Friday at 2:00 p.m. These will go fast so act quickly. Note, you won’t see the item on the store until sales go live at 5:15 Thursday.

Sales will open one hour early for My Third Space Club Members. If you are a member, make sure to join and check the My Third Space Club Facebook Group for the code to enter the sale early. To learn more about our club go here.  Memberships are still available. 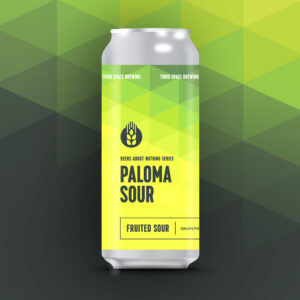 Upcoming Beers About Nothing Releases:

Flaming Globes of Sigmund is a Hazy IPA featuring a base of flaked and malted oats. It is hopped with Lotus, Citra and Experimental Hop 10416 for some amazing orange, vanilla, citrus and tropical fruit notes. It has a low bitterness, soft mouthfeel, and lots of juicy orange and tropical flavors. We used a new yeast strain for us from Imperial Yeast called A38 Juice!  Sales will open for My Third Space Club Members at 4:00 p.m. on June 3 and 5:15 p.m. for the public. You may start picking up your orders on Thursday June 4 at 2pm. 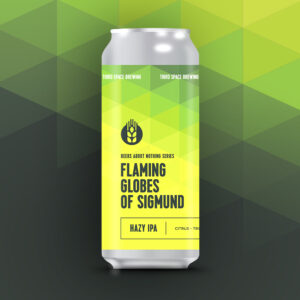 Next Up: Honey Haze – Hazy IPA with honey

Honey Haze is a Hazy IPA brewed with honey and honey malt. We double dry-hopped this beer to add a nice floral and citrus compliment to the orange blossom honey. We expect to release Honey Haze the week of June 15. 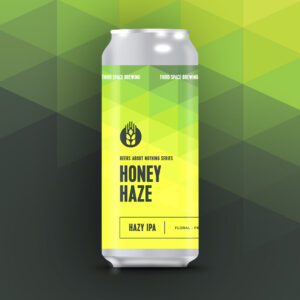